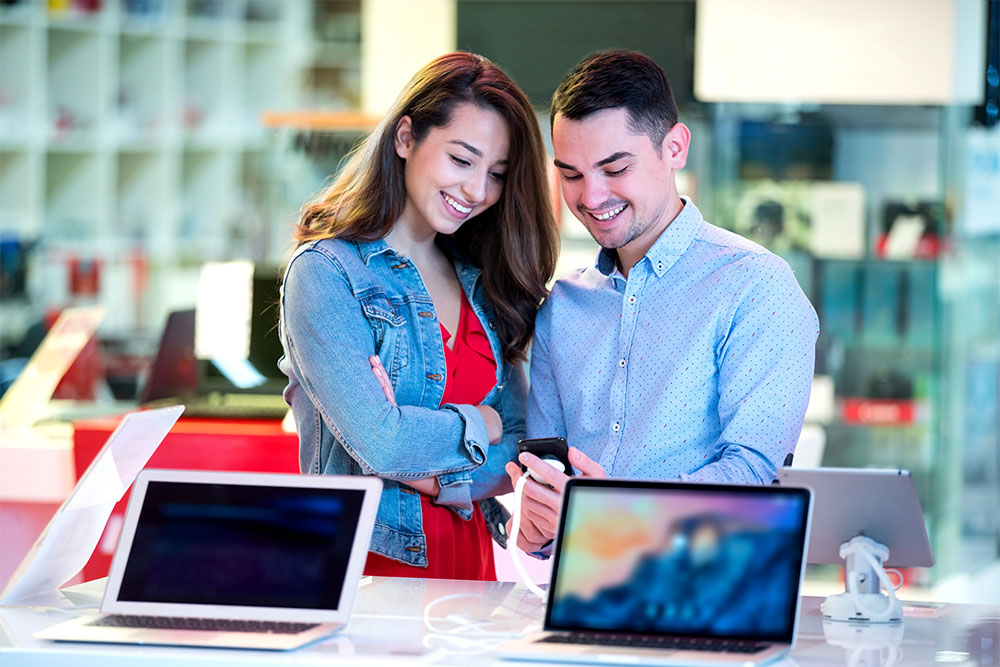 Cyber Monday 2019 is less than 2 weeks away and is all set to go live on the 2nd of December. People tend to make their wishlists months in advance for Black Friday but serious shoppers know that this shopping extravaganza cannot be forgotten either. It is celebrated on the first Monday after Black Friday and the deals that are announced are mostly a continuation of the sale two days prior. Therefore, it won’t be wrong to say that Cyber Mondays are as important as Black Fridays.

Apple is one of the many brands that unveils jaw-dropping offers and this year will bring quite a few of them. It is expected that Apple will put its newly launched products on sale too. So, to stay prepared for the biggest sale of the year, here are some best Cyber Monday Apple deals that are expected to be up for grabs on December 2. Have a look at them.

The iPhone 11 is most likely to see a small price slash on its original price. However, heavier discounts are expected to be seen on the older version of the iPhone such as iPhone 8 and iPhone XR during Cyber Monday sale.

Many U.S. retailers now have Airpods to offer with discounted rates during the Cyber Monday sale. Since they are relatively new, the AirPods Pro is less likely to be put on heavy discounts. However, there are still chances that you can grab a good deal during the sale. So, the wait may be worth it. A heavy discount is expected to be seen on AirPods 2019, which was launched this year in March. This product has already been sold at heavily discounted prices on Amazon. Therefore, a further dip the prices during Cyber Monday sale can be expected. In addition to these, the original AirPods are also expected to go up on sale. Although Apple has stopped selling these, some stores might still have some stock lying around. The original AirPods are expected to be the cheapest Apple product during Cyber Monday this year.

Irrespective of the model you pick, Cyber Monday is the best time to buy AirPods. During the Cyber Monday sale of 2018, AirPods became the top seller with just a price drop of $5.

If you have been planning to buy an iPad, you can get some benefit from the Cyber Monday sale. While this sale will begin on Black Friday, if you’re lucky, stocks may last till Cyber Monday and the offer may continue.iPad 10.2 is expected to see a small discount during the sale and the prices are expected to come down to $249. Also, iPad 9.7, which was hit the markets last year, was sold anywhere between $229 and $249 during the Cyber Monday sale of 2018. Since Apple has discontinued this model, it is expected that dealers who still have stock of this model, will put it up on the sale at even lower prices this year. In addition to these models, keeping an eye on iPad Air and iPad Air 2 can also prove to be beneficial when you shop during the 2019 Cyber Monday sale.